Our first day in Ecuador was coming to an end. We had flown in to Quito, met our guides, and seen the city from a distance. Tomorrow we would drive to the city of Guamote which would be our home base for a few days. We were staying the night in Puembo—a suburb 40 minutes outside of Quito proper.

By the time we arrived, it was well into evening and the sun had completely set. We drove through a number of winding streets with run down areas, dirt roads and a sparse population (in contrast to the high density of Quito).

We arrived at the Rincon de Puembo—a well-maintained gated hotel. It stood in contrast to the semi-rundown feeling of the immediate surrounding streets.

After we unpacked we assembled for dinner. On the menu? Lots of meat. And so that’s what most of us ordered. And it wasn't some small sampler platter of meat, it was a large plate full of pork, chicken, ribs, sausages. So much that I couldn't finish half of it and felt bad about leaving a half-finished plate. If the intention was to induce meat sweats, this was the plate to do it.

Otherwise, this was our group's first meal together. With a bit of wine and conversation it became our initial celebration of what we were about to do, and it gave us all a chance to get to know each other.

After dinner wrapped up, we noticed something was being planned for the evening. There were decorations, lighting, extra tables, glasses, and a large cake. Apparently there was to be a wedding reception tonight. And at this point, the wedding reception was starting to assemble.

It felt a little awkward—as if we were intruding on their private event—but everyone was friendly and inviting.

Walking the streets in the morning

The next morning, I got up bright and early to have a chance to explore both the hotel and the surrounding streets outside. Most of today was going to be spent in the car so this was my only chance to get some activity with the camera.

I’ve enjoyed photography for over a decade and I’d been trying to decide whether to bring my digital SLR with me on this trip. The purpose of the trip was to help build a school in a rural area and I was told that our days would be packed with activities. I thought I might be frustrated carrying around a large-ish camera and not being able to use it.

I’m so glad I brought my camera (Canon 60d) and didn’t rely on a cellphone. Today it may be considered old or out-of-date, but it's still a fantastic body. (For a long time to come, the limiting factor with the camera will be me, not the camera.)

Enough about the camera…

The hotel itself was a collection of connected buildings that appeared to have organically grown over time as an assemblage of architecture. Some areas seemed over one hundred years old (old stone details and foundations), and others had clearly been designed and built in the past 10 years (modern steel and wood).

Windy paths, corridors, stairs, doors all prevented you from having a single long view of the entire place. That was great for exploration, because the hotel would slowly reveal surprises as you wandered through the different corridors and hallways. There was a continuing sense of surprise when something new was revealed.

Rather than using generic vases and planters to line the hallways (as typically seen in hotels), at Rincon de Puembo you find all sorts of unique items. Artifacts and items of curiosity—fountains, antique furniture, unknown devices, typewriters, radios, etc.—were found throughout. They were interesting in their own right, either because they were antiques or simply because they were novel discoveries I’d never seen before.

They had an additional benefit in that they helped act as landmarks so you wouldn’t be lost as you navigated the various corridors in the two levels of the hotel.

The hotel was a curious and interesting place, nestled into what appeared to be a run down area of town. The gate and large stone wall (with forbidding doors and high walls) helped to hide the ‘outside’ view when you were inside. 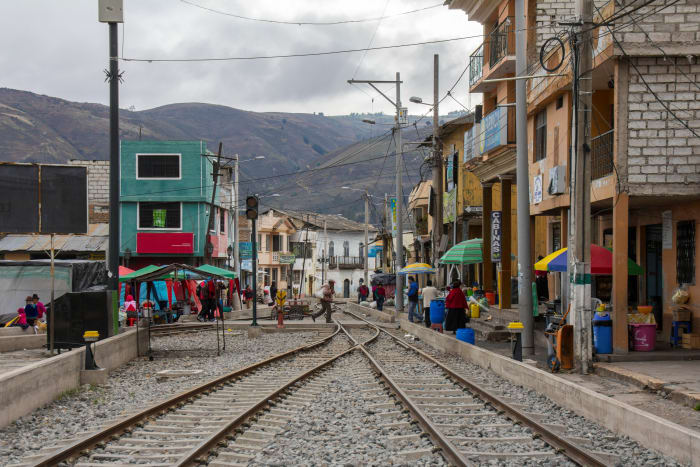