Riding the Train Down the Devil's Nose Alausí, Ecuador

Time for a train ride! The Devil’s Nose (El Nariz del Diablo) is the point where the Trans-Andean railroad descends 1640 ft (500 m) in a zigzag pattern down the face of a mountain. It takes riders from Alausí at the top to Sibambe at the bottom.

Because of its appeal to travellers, this section of the railroad has been maintained as a tourist attraction since its construction in 1901. Today was our group’s chance to take this historic ride.

After a quick run around Alausí, I returned to the train station. The train had arrived! It was an old wooden train—the original train refurbished—with lots of windows and seating inside. It was packed though, and everyone was assigned to a specific seat with little extra room.

If you want to take photos, try and get a seat on a valley side!

The train always faces the same way when going down the hillside. You'll either be viewing the valley or a wall of vegetation (the hill behind you) for most of the ride.

Because of this, eventually you'll find that everybody is standing up trying to see out the windows on the one side of the train.

If you move around a bit you should have at least a few opportunities to take photos (if you weren't lucky enough to score a seat on the valley side). (You're not entirely screwed if you're not on the valley side, but it's significantly more interesting.)

The train ride itself was a very slow descent to the bottom of the valley, with the tour guide on the speaker providing details here and there. The tracks were a series of switchbacks across the face of the mountain (the 'nose') so you'd travel from one side, and then the train would stop. Someone would get out to switch the tracks and then you'd go down a bit further. Repeat, repeat, repeat.

I can't remember exactly, but I’d guess there were maybe 10 switchbacks and the trip down took about 40 minutes. For someone who is afraid of heights this trip is probably a little nerve-wracking. I found it to be slow and gentle—it's definitely not a thrill ride. Apparently you used to be able to sit on top of the train as it went down the mountain to the base of the valley, but that’s not a thing anymore (if it ever really was).

As the track levelled off at the bottom we approached the Sibambe station. It consisted of two cafés: one at track level, and one at the top of a set of stairs overlooking the surrounding landscape. To the side was a group of indigenous dancers dancing for the train's arrival and departure, and selling music and crafts. You could also pay to take a photo with an alpaca.

It was very much oriented towards tourists, and it showed. It felt like a manufactured experience.

We had about an hour to explore once at the bottom. For those who didn't want to explore, there was a café up the stairs to relax while watching the valley. I wanted to explore, because things tend to get more interesting as soon as you step off the well-worn trail.

When we were riding down the hillside, the water appeared to have a greenish discolouration. Could be an algae bloom, could be oxidized metals upstream somewhere, who knows. It doesn’t seem particularly dirty, just… green.

If you walk around behind the track-level café you can find a path to exit the property. There is another train track there that connects to the one we arrived on, with a newer train sitting on it.

From this point you also get a good view of the café at the top of the stairs from the train station, perched on the hillside.

While it’s clear that tourists really aren’t supposed to be out here, it feels like at one point in time this was still part of the attraction.

Hidden back at the end of the train tracks was an old swing set and teeter totters. It seemed to be long abandoned, unused and wasn’t really in view of the cafés. The swing set seats were attached by—rebar. This triggered recent memories of cutting and bending rebar in Sablog for hours.

I continued to walk around with the time I had left, exploring the river and general landscape. While there wasn’t anything of great visual interest, it was a relaxing experience (far away from the touristy chaos of the café).

The ride back to the top was really the same thing in reverse. Lots of people crowding around the windows trying to get a view of anything. A pleasant day, but perhaps too touristy for me.

Is Alausí a destination just for tourists now?

I don’t know. That’s what we were (tourists) and admittedly the only reason we were in the town was to ride the train. Whether the town had other surprises to offer or not I don’t know. (I wish I’d had the time to find out!)

If you’re expecting something unique and exciting, I don’t think I would recommend the trip. You might be disappointed. But if you’re looking for a meandering train ride along a hillside, you’ll probably have fun. 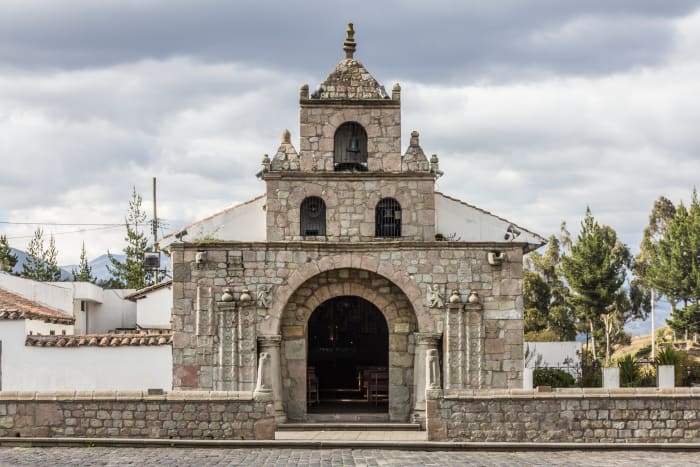